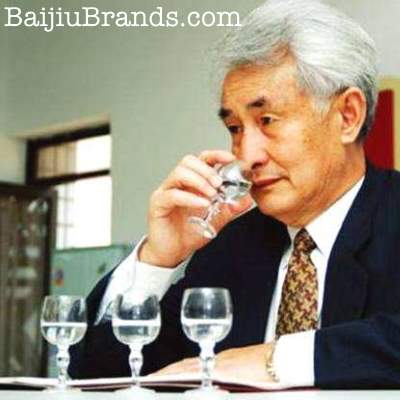 When we discuss baijiu, many people misunderstand the variety available to the spirit. Rather than just a single drink, baijiu is actually similar to gin, rum or whiskey in that there are a variety of different flavours and varieties available. Every distillery in China prides themselves on the unique approach they take to production.

First and foremost, baijiu is divided into four primary categories. Scent is the driving force of baijiu, and that’s what helps identify which grouping a particular bottle falls into.

Strong Aroma Baijiu is the closest thing that we could call ‘traditional’ baijiu. This beverage is produced as either Simple Grain using just one core ingredient, or Mixed Grain, which is distilled from a variety of sources.

Once it’s ready to ferment, Strong Aroma Baijiu is fermented in pits beneath the earth. The baijiu may be left to blend here for decades, or even centuries! After the spirit is recovered from the earth, it will then be left in a bottle for at least another two or three years before being released for sale.

Manufacturers of Strong Aroma Baijiu abhor waste, so everything that the soil has to offer is utilised in the creation of this baijiu. Anything unsuitable for use with the baijiu is recycled as food for livestock. Closely associated with the regions of Sichuan, Jiangsu, Shandong and Anhui, Strong Aroma Baijiu blends fierce potency with a sweet, fruity taste.

Light Aroma Baijiu is created from sorghum and big qu, which is then fermented in glass jars. Barley and peas are key ingredients of Light Aroma Baijiu, which is typically a little more floral and sweet than its stronger counterparts and is closely linked to territories of Northern China.

Light Aroma Baijiu is among the cheapest versions of the spirit available for sale. This, along with the lighter and easier taste sensation, makes it very popular with both citizens and visitors to China.

Sauce Aroma Baijiu, as the name may suggest, will remind most drinkers of soy sauce. This is hardly surprising, as this condiment also contains qu. Herbs and beans will also be included in the distillation of Sauce Aroma Baijiu, which creates a mellow taste sensation that lingers long on the tongue.

Suchuan and Guizhou are the territories most commonly linked with Sauce Aroma Baijiu, which is the most labour-intensive version of the spirit to produce as it involves multiple fermentation’s. It can take up to a year for this baijiu just to ferment, and the distillation process typically undergoes eight different cycles.

Rice Aroma Baijiu is the closest thing to traditional and classic Chinese wine, being constructed from long grain rice and herbs. Rice Aroma Baijiu is hugely popular in the southeast of China, where the natives enjoy its mild and easy taste that resembles the Japanese spirit Saké. Rice Aroma Baijiu typically ferments for a little under a week, but is left to age for around a year.

The most important part of the process of creating Rice Aroma Baijiu is the washing of the rice ingredients. This takes place for over an hour, using warm water. This removes any unwanted additions to the rice, which is then steamed thrice and cooled off with fans.

These are the four primary categories of baijiu aroma, but there are plenty more for anybody willing to do some digging. If you are serious about becoming a baijiu scholar, there are at least another nine sub-categories to explore.

Phoenix Aroma Baijiu utilizes a combination of Strong and Light Aroma Baijiu preparation techniques to create a fruit-scented, grainy tasting spirit. Using sorghum as a key ingredient alongside barley, wheat and pea-based qu, this baijiu is left to ferment underground for ten days. After this, the baijiu is left to age in baskets filled with beeswax, vegetable oil and the blood of pigs.

Mixed Aroma Baijiu is a hotchpotch of different preparation techniques from the four common baijiu aromas. Strong and Sauce Aroma Baijius are most commonly the dominant scent in this spirit.

Medicine Aroma Baijiu (aka Dong Aroma Baijiu) is a product of Guizhou’s Dongjiu Distillery. This baijiu is fermented in two separate pits. The larger of these pits ferments the drink with big qu, while the second, smaller pit makes use of rice qu and, as you may have guessed, a variety of medicinal herbs. The addition of peach juice ensures that the final product balances sweet and savoury flavours to perfection.

Extra Strong Aroma Baijiu is a complex baijiu from the Jiuguijui distillery of Hunan. Created from , small medicinal qu, rice and sorghum, this baijiu is aged for at least three years and utilises techniques from three traditional baijius. The smell is earthy and strong, while the taste is simultaneously sweet and spicy.

Special Aroma Baijiu sounds very grand, but the name actually comes from the distillery that produces it – Sitir, in Jiangxi, which translates as, “ Four Specials.” This baijiu is created from rice and big qu, fermented in pits that are surrounded by red bricks. It’s a rich baijiu that leaves a tart, citrus-like aftertaste.

Laobaigan Aroma Baijiu takes everything we associate with Light Aroma Baijiu, but switches out barley and peas for wheat. In addition, this baijiu is only fermented for six months. With a typical alcohol content of 65%, this isn’t a baijiu for a novice. Despite its potency, however, a fruity sensation counters out the throat-burning alcohol content.
Small Qu Baijiu is essentially Light Aroma Baijiu that is made with rice qu. As a result, it also contains elements of Rice Aroma Baijiu.

With so much variety in the world of baijiu, there is no shortage of new experiences awaiting anybody with a strong constitution and a thirst for adventure. Everybody has their personal preference, and you’re sure to have a great time learning which particular baijiu brand appeals most to your own palate.