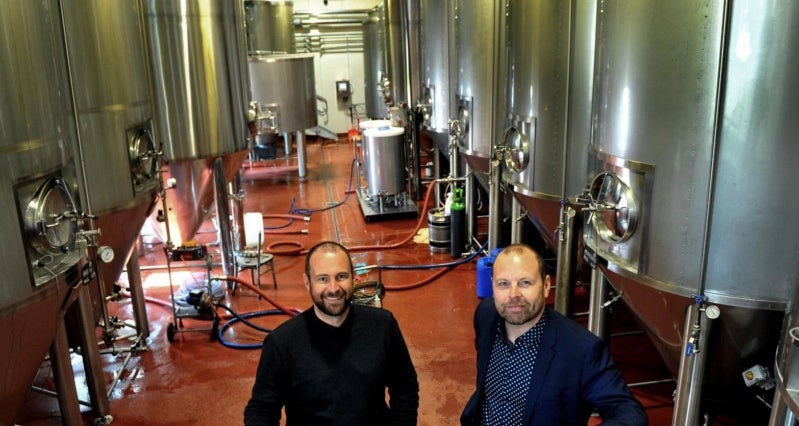 When we imagine a location for baijiu distillation and production, we’re likelier to picture Shanghai rather than Sheffield. Clearly, nobody explained this to Chris Spencer and Craig Butler, owners of The Baijiu Society. These Yorkshire-based entrepreneurs hit upon the idea of infusing China’s national spirit with their very own craft ale to create baijiu beer.

It’s an interesting combination – made even more fascinating by the fact that bottles are being sold to a captive audience in China. So far, The Baijiu Society is shifting around 25,000 units each month. There are no plans to rest of these laurels, though. Spencer and Butler see great potential for further growth in their unique beverage.

Baijiu is the bestselling spirit in the world, despite availability being mainly in China. This demonstrates just how popular baijiu is in its native land. That may not always be the case, though. Businesspeople and the older generation still revere baijiu, respecting the liquor’s tradition and history. Younger Chinese nationals are turning their backs on the spirit though, preferring more traditional western fare like vodka, whiskey and beer.

The Baijiu Society noticed this and merged the latter drink with baijiu. The creators had the Chinese market in mind, understanding that baijiu remains too potent for some western palates. This was why baijiu beer was first unveiled in Shanghai, at the annual Food and Hotels China exhibition.

The Baijiu Society didn’t need to wait long for their invention to take off. Chinese investors have already pumped around £1.5m into the business, and there is plenty of talk of more to come.

Naturally, this level of demand cannot be met exclusively in south Yorkshire. The shipping costs alone would be extortive. This means that The Baijiu Society now have presences in Shanghai and Hong Kong, with further eastern expansion increasingly likely. The owners confidently predict that they will sell around 15 million units of their product per annum within five years.

These forecasted sales figures promise an impressive profit margin for The Baijiu Society, as the beer retails at up to £12 per bottle. Of course, this means that it will not be commonly available in China or Hong Kong. Supermarkets and off-licenses will not stock baijiu beer. It will remain the sole reserve of high-end hotels and nightspots – a premium product sold at a premium price.

Beer is Just the Beginning

Baijiu beer may be just the beginning, too. As you would expect from a company called The Baijiu Society, several other offerings using this liquor as a base ingredient are available. Pre-prepared cocktails and infused spirits are also popular with Chinese audiences. A baijiu spliced with peach, called The Spirit of Life as this fruit is associated with longevity, particularly popular. The Spirit of Love, a cherry-infused baijiu, is an equally big seller.

It may seem odd that Chinese businesses would go so crazy over an overseas company peddling their national spirit. It’s this exotic, foreign status that makes The Baijiu Society so appealing, though. Unbeholden to decades of tradition, Spencer and Butler can market and brand their product in a unique way that’s unlike anything else on the market. This helps them stand apart from their competitors. It also piques the interest of younger generations, who will scream if they see one more scenic landscape on a baijiu label.

Of course, The Baijiu Society also has the advantage of understanding the western market. Several baijiu manufactures have attempted to spread the good word of this spirit to western audiences, with limited success. The cultural differences are just too great, in addition to baijiu being an acquired taste. Trading in the opposite direction, The Baijiu Society can use western marketing tactics to woo and impress eastern buyers. At the time of writing, baijiu beer is not available for sale in the UK outside of an order placed directly with the manufacturers. Who knows if that will remain the case in years to come.

Right now, The Baijiu Society is the only business producing baijiu beer. Naturally though, as the product continues to gain popularity, similar bottled drinks may start to flood the market. Spencer and Butler understand they can do nothing to stop a Chinese-owned distillery from turning their hand to this new, infused beverage.

All the same, The Baijiu Society remain largely nonplussed by the prospect. Let’s not forget just how valuable baijiu is in China. Kweichow Moutai Co. Ltd has superseded Diageo as the biggest alcohol brand in the world. It was even briefly the largest company on the Chinese stock exchange.

Right now, The Baijiu Society is concentrating on sustaining success in the Chinese market, with plenty of events planned for later in 2020. If sales start to dip, however, plans are afoot to attempt to bring baijiu to the west. Others have tried and failed, as discussed, but if anybody understands how to market such a product it’s Chris Spencer and Craig Butler.

Stop and think for a moment; the business model of The Baijiu Society is two Englishmen selling China’s national liqueur to Chinese nationals. That’s akin to convincing a bird to part with cold, hard cash for a pair of wings. It’s safe to assume that The Baijiu Society will continue to go onto bigger, better things. Personally, we cannot wait to see what they come up with next.