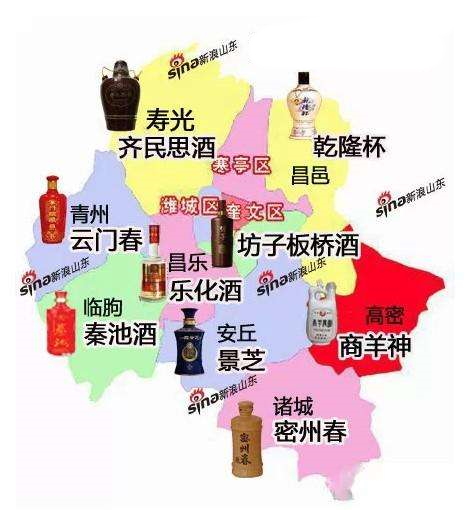 In China, there is definitely a baijiu north and south divide. While a handful of celebrated baijiu brands hail from Northern China, it’s the Southern half of the country that definitely boasts greater production and baijiu brand recognition. This table of popular and celebrated brands of baijiu, while not exhaustive, shines a light on the discrepancy of distribution between North and South China.

As you’ll see, the South offers more than twice as many celebrated brands as the North. The main reason for this is simple logistics. The North and South of China have wildly different climates, and thus baijiu production – and flavour – varies according to location.

Baijiu is reliant upon countless microorganisms found within the Qu, of the spirit. These are what provide baijiu with its unique aroma and taste. Qu essentially a starter agent for the fermentation of alcohol. There are two types of qu, known colloquially as ‘big qu’ and ‘small qu’. However, these microorganisms need particular temperatures to thrive. Ideally, microorganisms will settle upon a consistent temperature of 25-37℃. Dropping below or exceeding this climate can halt their growth.

In Southern China, this is not a concern. This part of the country typically has a consistent climate all year round – humid and frequently raining. That’s not ideal for a picnic, but it’s great for microorganisms. Temperatures rarely drop or increase sharply, regardless of the season or time of day. This consistency enables microorganisms to grow and flourish, creating a full-bodied flavour packed with variety. This explains why the baijiu of Southern China is frequently stronger, both in taste and aroma.

The North of China, the climate varies throughout the year – and even within a 24-hour period. Northern China has four very distinctive seasons. The summers are very warm, but winters can see the temperature drop far below freezing. This level of variance is harmful to microorganisms, which thrive in a uniform, unchanging climate. This leads to Northern baijiu typically being a little simpler on the palate, focusing on one taste sensation that is typically pure and clear. Equally, baijiu distilled in Northern China typically has a less pungent aroma.

This is not to disparage the quality of baijiu created in the North of China. There is no right or wrong approach to baijiu. As with all matters pertaining to food and drink (Pairing baijiu with food), it’s a case of deciding which flavour appeals more to you on a personal level. All the same, if you have ever found yourself wondering why so much celebrated baijiu appears to hail from the South, you now have your answer. It’s all down to climate and its stability.